Wedding favors: take-home gifts to tell your guests you appreciate them for coming to your wedding. But when you’re adding it all up, you may be wondering: how much do wedding favors cost?

These tiny gifts can pack a lot of punch to your bottom line, so let’s make sure you’re not overspending… or being too cheap with favors that aren’t really worth buying at all. How much can you really expect to spend on favors in 2022 and 2023?

Today we’ll tell you the magic formula and answer the big question: how much should you spend on wedding favors? 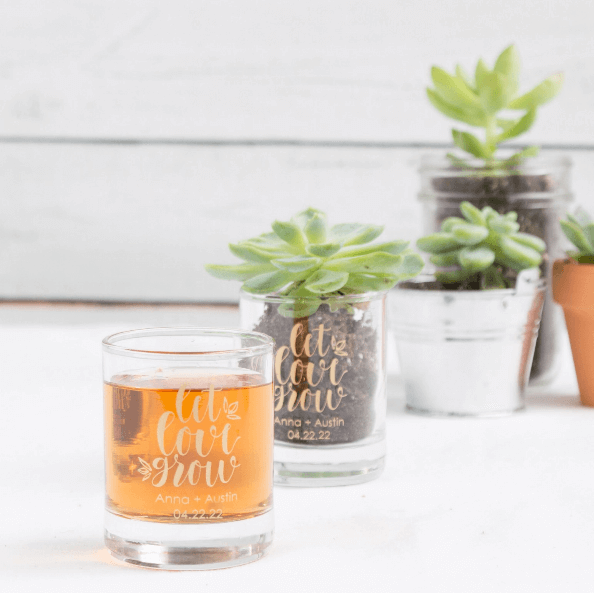 How Much to Spend on Wedding Favors

There’s a difference between how much do wedding favors cost vs. how much to spend on favors based on your OWN budget.

Just because wedding favors “are supposed to” cost a certain amount does not mean that’s how much you should spend on them.

Of all the weddings we’ve attended, planned, or featured, we’ve never been unimpressed with a wedding favor. And they’ve ranged from very cheap wedding favors (that aren’t junk) to expensive luxurious party favors.

The thought of the couple choosing something they like and giving it away to guests always strikes me as sweet.

I don’t think you can go wrong no matter how much you spend on favors, unless, of course, you feel pressure to spend more than you can afford. Keep it simple! 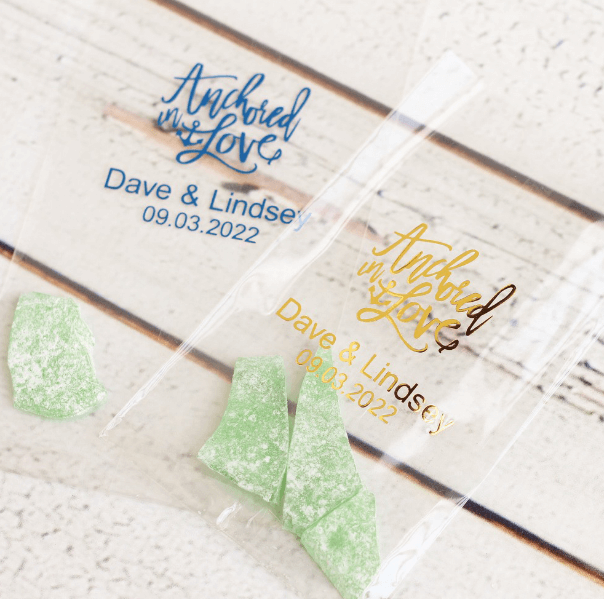 PRO TIP: How much do you spend on wedding favors? Most couples spend, on average, around $2.00 per favor per person. by the greek pantry

Here are four tips to keep in mind when deciding how much to spend on favors for weddings or bridal showers.

You should never spend a penny towards favors you don’t really like just because they’re cheap.

In a strange way, that’s almost worse than spending more money because you’ll always feel like the favors were junk, you didn’t like them, and really, what’s the point?

Furthermore, you shouldn’t spend a ton of money on favors for your wedding because, at the end of the day, it’s still just a party favor.

Overthinking anything in weddings takes the fun out of it. Yes, it’s a party favor, yes it should be simple, no it doesn’t have to be talked about or saved on a shelf for a decade to come. :) 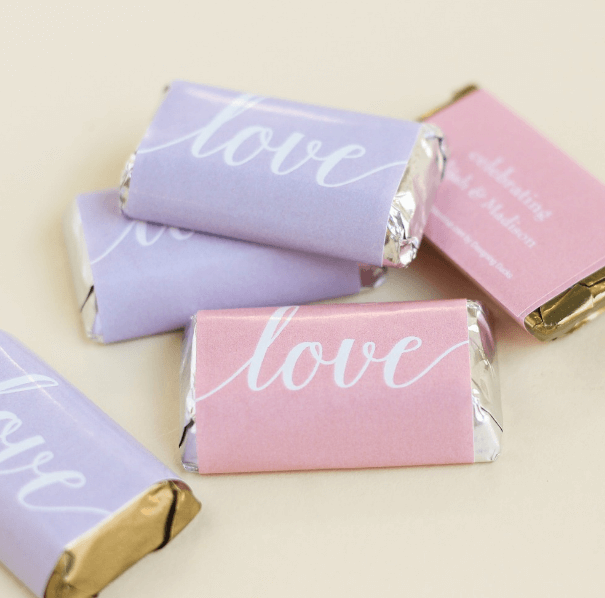 And once you do decide on what kind of wedding favors to buy, let it go! Buy it and move on! Don’t overanalyze, overthink, or beat yourself up about it. It’s all good. Now that you have some tips, let’s talk about HOW MUCH to spend on wedding favors, why they have gotten so freakin’ expensive, and how to maximize that budget.

When figuring out how much to spend on wedding favors, make sure you’re looking to bulk pricing whenever possible. Many shops offer wedding favors in bulk sizing, which allows you to save money by buying larger quantities. by crabtree bees and honey

How Much Do Wedding Favors Cost?

How much you spend on wedding favors depends largely on your guest list size, as you will be giving one favor per guest.

For a small wedding of 100 guests, you’ll pay less on favors even if you opt for something fancier vs. a wedding of 350 guests that chooses a more affordable take-home token.

Here are three “tiers” to show you how little to spend at the least vs. how much to spend on expensive wedding favors.

As a rule of thumb, you should expect to pay at least $1.00 per favor, which is per person, and you may need to add $0.50 each for packaging.

That means on the smaller end of the budget, wedding favors should cost around $1 to $1.50 per guest. If your budget allows, you can afford to spend around $2 per person and include $1 for packaging, considered the medium-tier wedding favor budget.


This means you can expect to spend around $3 per guest, double that of the low-tier favor bracket. by letter and leather by with the grain weddings

If you are selecting luxe wedding favors, you should spend around $4 on each favor plus a $1 allowance for packaging.

For luxe favors, expect the cost of around $5 per guest and more, depending on any customizing you plan to do. by memories and effects by port of reverie press by the greek pantry by the hollow geode

How Much Money Are You Spending on Favors?

Now that you’ve seen some examples, how much should you send on favors?

Are you going big or keeping it small?

Either way, there is no problem with spending as little or as much as you’d like.

Although wedding favors are a fun part of your wedding budget, they can cost a lot when you add them all up. As a general estimate, you can expect to spend $2 per wedding favor if trying to stay on a more affordable budget.

If you’d like to spend more money on favors, that’s great: just make sure the item is something you enjoy and you think guests can use and will appreciate.

I hope it helps!

Now, on to you: tell us what you think about how much wedding favors should cost in the comment box below!

30 Unique Place Card Holders for Every Kind of Wedding

Do You REALLY Need a Wedding Website? PROS vs....

9 Best Bridal Gloves That Are Trending in 2023

21 Funny Save the Dates for Non-Boring Couples

Here’s EXACTLY What Your Wedding Cocktail Hour Should Have