This “Be My Groomsman” Box Is Actually Manly + Kind of Cool

The following be my groomsman box might be the only one guys will actually use. And here’s why. Oh, and p.s. this post was written for the groom, so make sure you share this with him.

Asking a guy “be my groomsman” is probably one of the easiest things you will do for your wedding. No, really. Guys are notoriously easy to ask. Unless there’s some drama in your past or some weird reason why he might say no, chances are he’ll say yes, you’ll say ‘ok, cool’, and you’ll continue with your video game. Maybe you’ll just pat him on the back and then go back to talking about why Star Wars is probably the greatest franchise, ever. Debatable? Nah.

It’s the whole bridesmaid proposal trend that made the “be my groomsman” proposal a thing. Asking someone to stand up in your wedding was, for yearrrrrs, the easiest thing to do. You called them. You asked, they said yes. It was easy! It was free! And then Pinterest came along and, although we love it, it made things complicated.

Brides started one-upping each other, in some sort of competition like moms when there’s a bake sale at school. A bride asks her Maid of Honor to be in her wedding and presents her with a necklace; another bride invites her crew to break pinatas filled with gifts. And then it becomes elaborate champagne-fueled bridesmaid brunches, where the bride presents each bridesmaid with a luxurious gift.

Once the bridesmaids were getting gifts, it was only fair to give a gift to the dudes, too.

And here we are.


The bottom line: if/when you ask a groomsman or bridesmaid, keep it simple.

If you want to give a gift to a groomsman or bridesmaid, do it. Hey, it’s nice touch. If not, just ask.

Don’t feel pressure to keep up with every new “tradition”. N one is keeping score, and if they are… whatev, you don’t need that kind of negativity in your life. :) Before you go out and buy everyone a drone (you know you want to), start simple with this groomsman box. 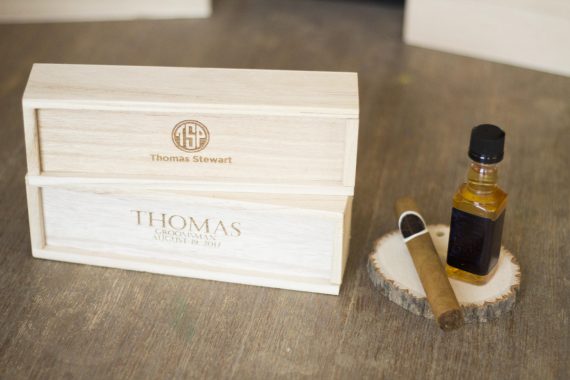 Be My Groomsman Box

There are three reasons why we think it is pretty cool.

1. This box is unique, personalized, high-quality — all that jazz.

Guys notice when something is quality-made. He might tap on the wood and say something about how that’s not veneer, that’s the real deal.

He might notice how badass his name looks engraved on the lid.

He might joke about his monogram and how his parents gave him a name combo resulting in a formal monogram of A S S or B U M. ;) Oh well.

This wood groomsman box is something he’ll like because he doesn’t own anything similar.

2. Groomsman gifts can fit in the box.

You’re not giving him the box as the gift. That would be silly.

You’re putting gifts inside the box.

But here is the kicker: the gifts should be simple, yet thoughtfully picked.

The gifts should say something along the lines of… you are a great buddy, here is something cool I thought you would like, looking forward to having you in my wedding party.

For example, a popular gift idea is a cigar and a small bottle of liquor. As you can see in these photos, both items fit nicely and make a great combination.

The cigar and alcohol don’t come with the box due to, ya know, legality and all that stuff. So you will have to find those yourself. Lucky for you, cool cigars are right here and miniature bottles of alcohol at liquor stores / party stores / grocery stores of your choosing. 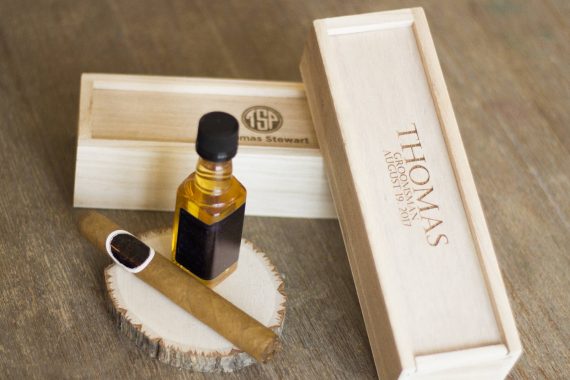 If he’s not a cigar-smoking, liquor-drinking Mad Man, here are a few other cool gifts to go inside the groomsman box.

• Tickets to a Fun Experience / Event

Include tickets to a concert / sports game / movie / gift card to test drive a Lamborghini / tickets to go on a helicopter ride, etc.

This could get pricey for each groomsman, but do what you will.

WEDDING TIP: You also (actually need to) give cool groomsmen gifts at your wedding, so don’t spend the entire budget just yet. ;)

Ask any guy about beard oil: he either wants it, has it and loves it, or needs a refill. Even if he keeps just a little scruff, on the weekends, or during vacation. This sampler pack will fit. By OrganicCrushShop. 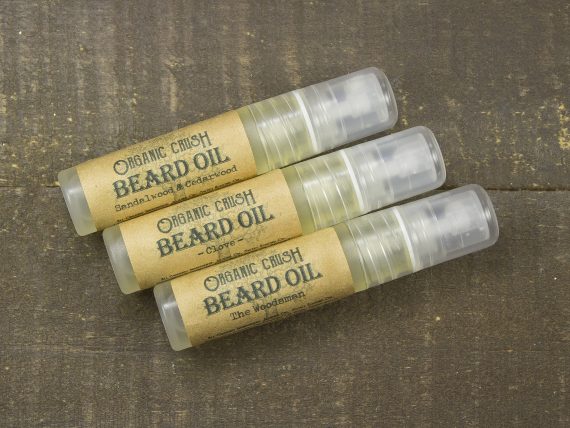 Give him a pair of cufflinks with his monogram or first initial on them. These silver ones are a great option by LindenLeafStudio. 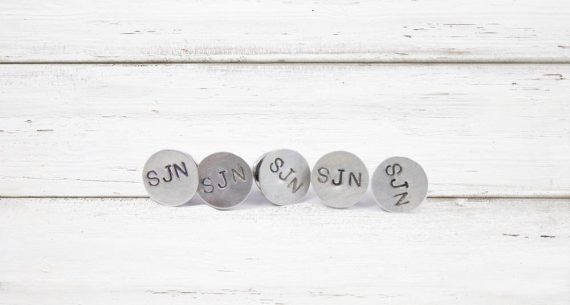 • “Damn I Am Good” Carpenter Pencils

I am going to pour a dozen of these into Andrew’s tool box. Who wouldn’t love a set?! By Baum Designs Shop. 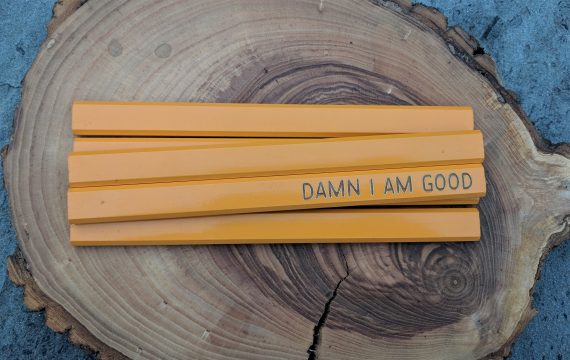 This cigar punch may be the holy grail of masculine gifts for guys. It is made from an actual once-fired AK47 bullet casing and a real once-used grenade pin.

In addition, it punches a small hole in the cap of your cigar for a perfect draw and prevents your cigar wrapper from unraveling.

Oh, and that ring it is on? That is a real grenade ring. And it is perfect for adding to his keyring. By Hollow Point Gear. 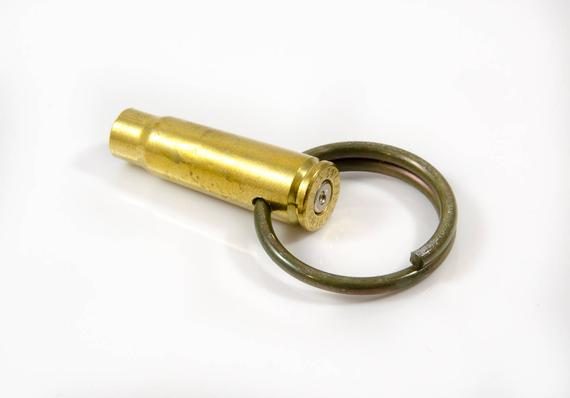 This is a small version of their regular bottle opener, but is sized just right for this box. It is made from a real railroad spike! By Northern Crescent Iron. 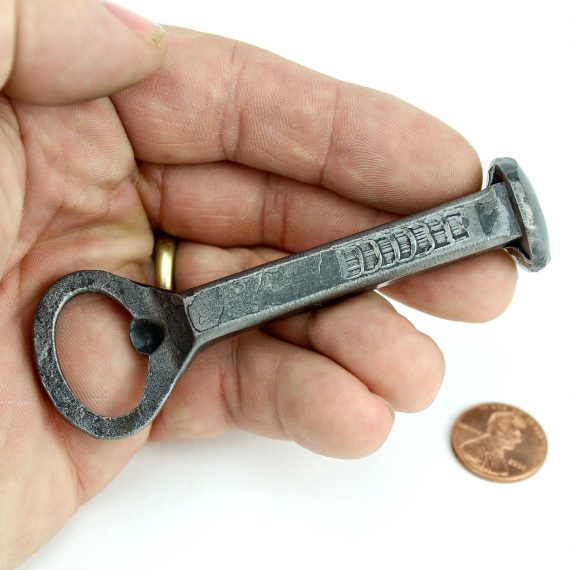 You may have trouble squeezing a full-sized bar of soap into this box. I did a little digging, and what do you know? Beer soap fries! These will do. By Homebrewed Soaps. 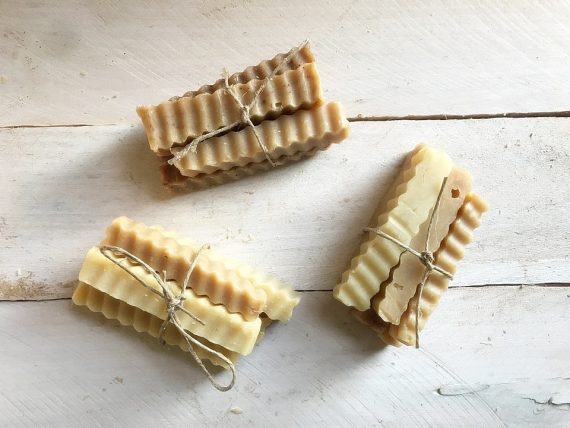 This keeps your drink cold without watering it down. And no one is gonna steal your drink. By Bottle Breacher. 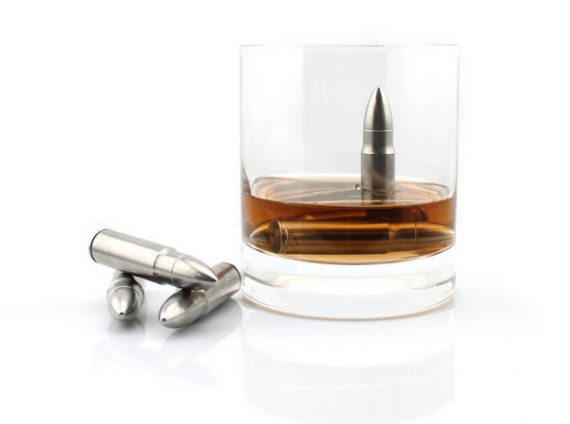 This isn’t your fiancee’s lip balm. Nah, this is rugged lip balm, made from bourbon. Ironically it’s from a shop called Little Flower Soap Co., but don’t let the name fool you. 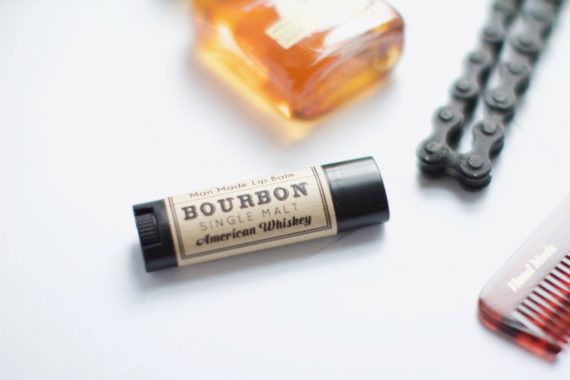 This groomsman box is priced right at only $14 (personalized!). Buy the box, then fill it up. Maybe you will have enough funds to add in something cool, like that Lamborghini test drive. It is on my bucket list for sure. 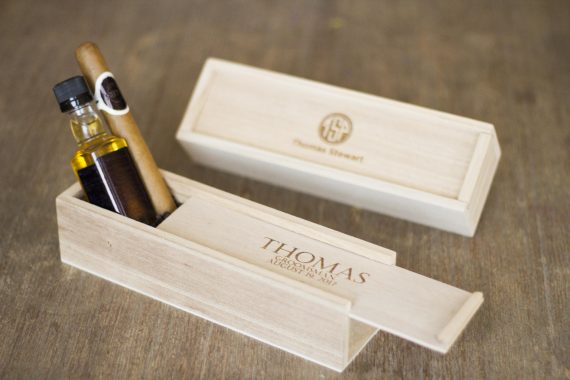 ► To buy these boxes, shop LasersNStuff.

Sidebar: this idea just got 10x cooler for being made by a store called Lasers and Stuff!

Tell us: what do you think of this groomsman box? Are you going to ask be my groomsman with a gift? Or a regular phone call? I am genuinely curious. 🤷‍♀️

Do You Invite Your Officiant to...

Wedding Thank You Cards with Photo?...

How Much Do You Give for...

GIVEAWAY: Win a FREE Pair of...

Here’s EXACTLY What to Include on...

This Geometric Centerpiece is the Big Trend for Weddings